For all the management skills and beautiful spaces you can provide for teams, sometimes where you sit them can make a huge difference to the type of work and creativity they produce. In this post, I’ll examine a few of the more common types you might hear discussed these days, along with what characteristics they provide for project-based work.

The Hierarchical layout is one where groups of people are organised by their place on the organisational hierarchy. This doesn’t mean a Hierarchical office will look like an organisational chart, but maybe all the managers have nice offices against the windows, with everyone else in the middle. Maybe everyone is a little bit more mixed up, but managers just have larger desks. This is probably something you might expect to see less and less of in the future. It is interesting that while current team theory still states that rewarding success is excellent for motivation, less and less do we think that a nice office is the way to do it. 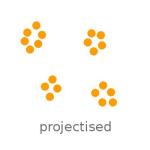 In some industries a more recent trend, in others not so much – projectised refers to arranging seating based in project teams. That is, the office is zoned into project areas, and you sit within one of these depending on what project you are working on. The benefits are pretty straight forward to the point of being obvious. The danger, especially for longer term teams – say, in architecture where you might work for up to five years on a project – is stagnation. You get less benefit from the outsider poking his head in and saying, “wait, what?” Not only this, but you may inadvertently increase the prevalence of office sub-cultures. Some research indicates sub-cultures have greater affect than what one might consider the overall office culture, but the problem is they are much harder to identify and change.

In the Integrated layout, team members are purposefully seated in a mixed manner. The ‘mix’ can take on many different dimensions but the most common, thought to improve innovation, is integrating different disciplines. You may have the accounting depart integrated with the art department to see what they will learn from one another. Or, it could be as simple as having managers integrated with interns. One may argue the only negative of this approach is not being able to get the positives of using a different approach. 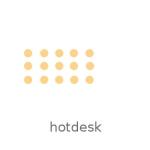 Hot-desking is an approach where there are no assigned seats. A sort of anti-layout. The theory being that people will sit in the places best suited to them. There are a couple of flaws to this theory (firstly being that the ‘best suited’ places may not be available to some staff once others already take seats, leaving potential negative situations and secondly, that no one experiences the ability to ‘own’ their own and create their own space, as I describe in this post). The benefits one might hope to see are really a haphazard mix of the benefits of other styles that might come true under perfect circumstances, but you are really leaving it up to chance. To get the real benefits of hot-desking what one needs is the ability to move their entire desk (not so absurd with Wi-Fi and open plan offices). In this way team members can settle at their desk and make it their own, but still move around freely. However, some guidance on where to move, I believe, would be beneficial).

On this point, it is clear that there are more than these four options. I present these as four broad strategies that seem to get attention. Each has its own different range of incarnations and some can be combined with others in certain ways.

One thought on “Office Seating Arrangements and What They Mean”